Home / Our Work /Renovations and AdditionsColonial Renovation
« Previous | Next » 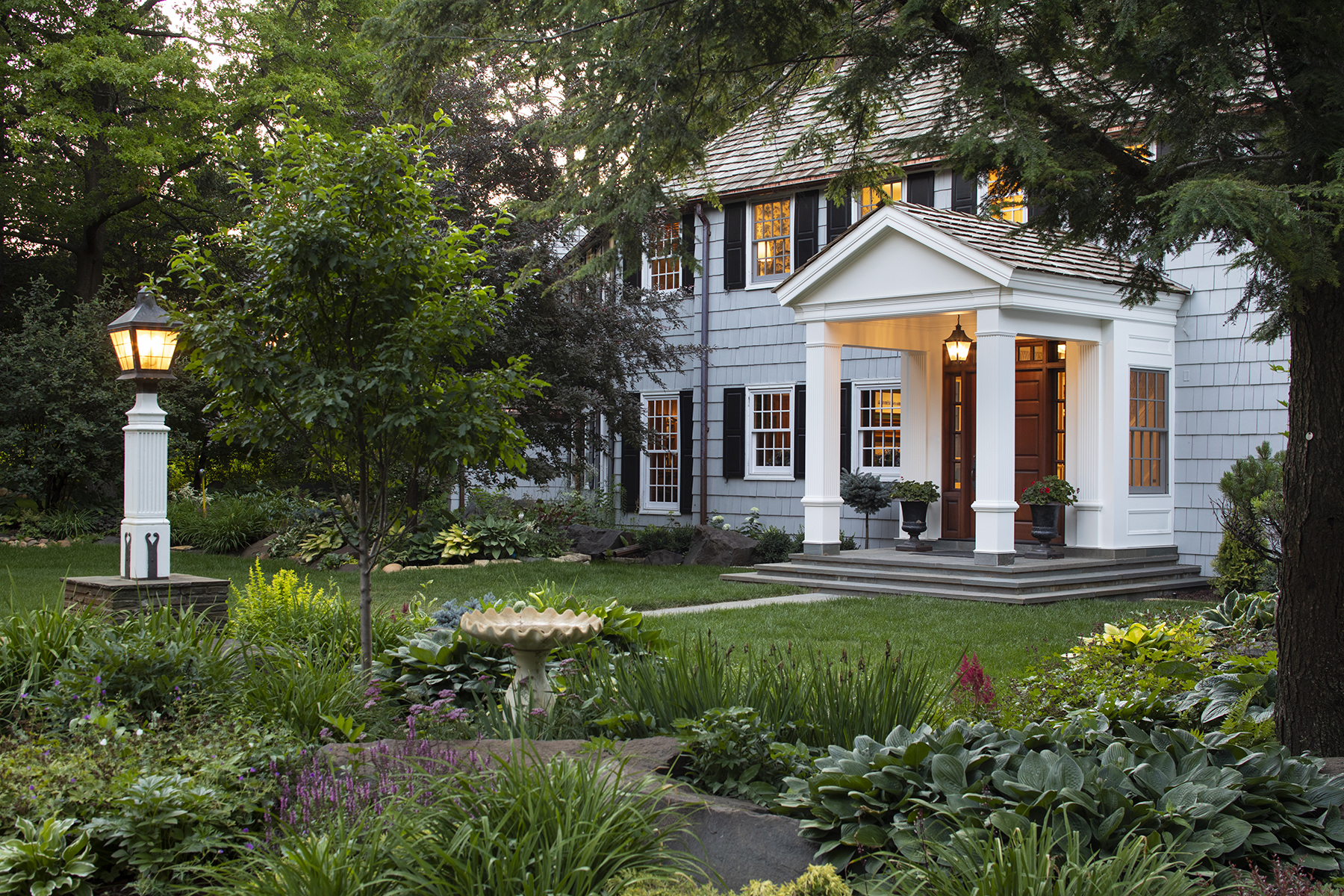 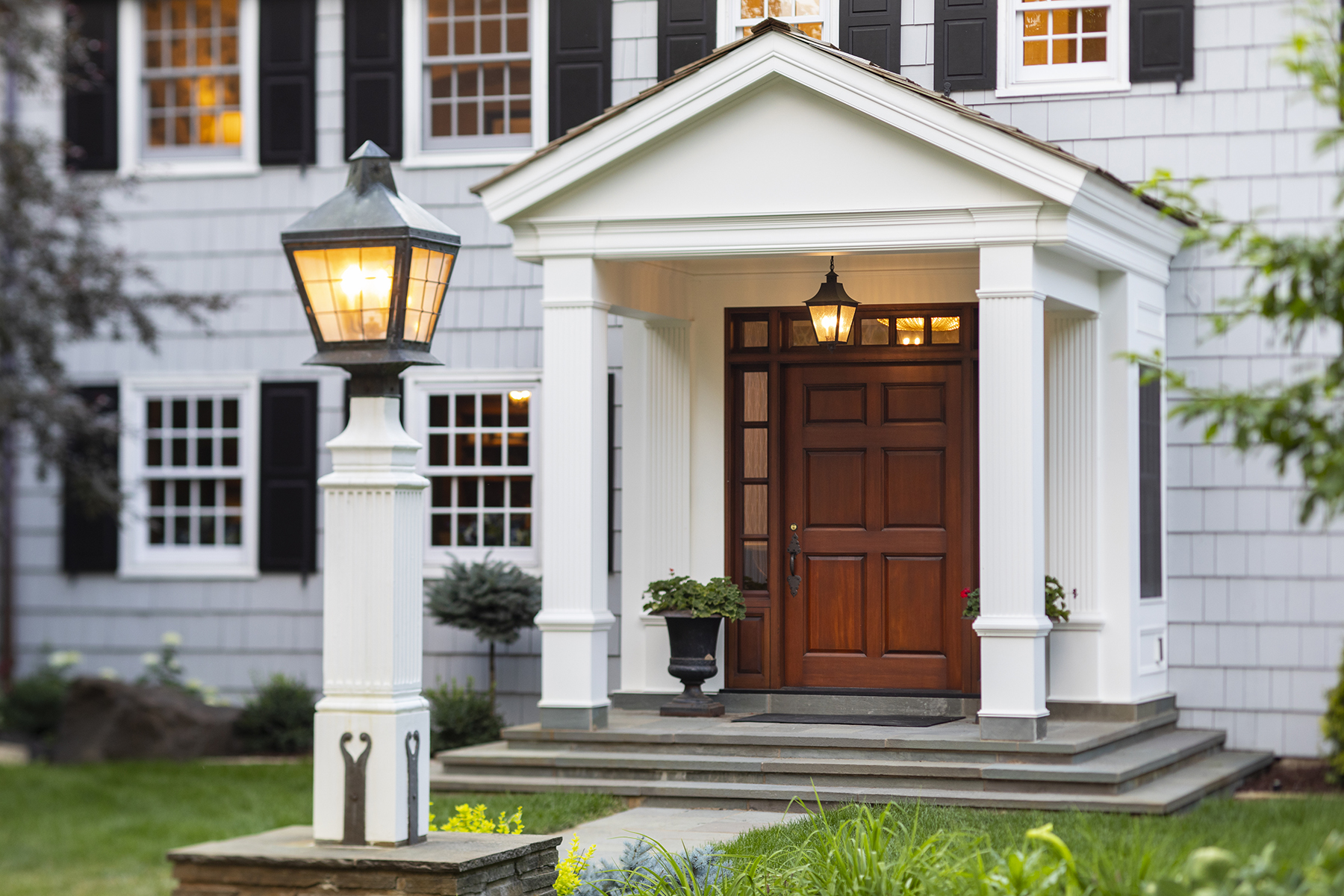 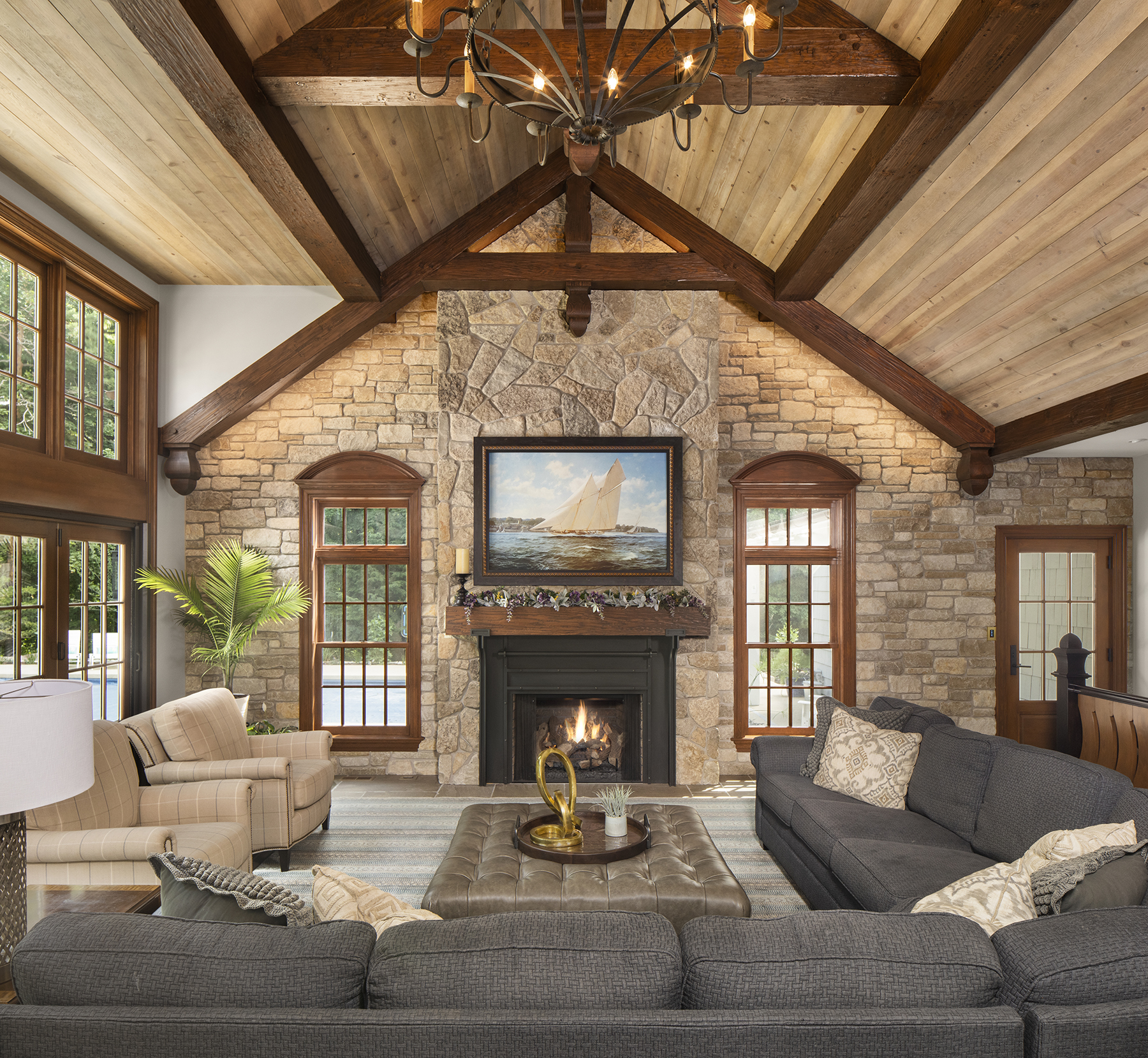 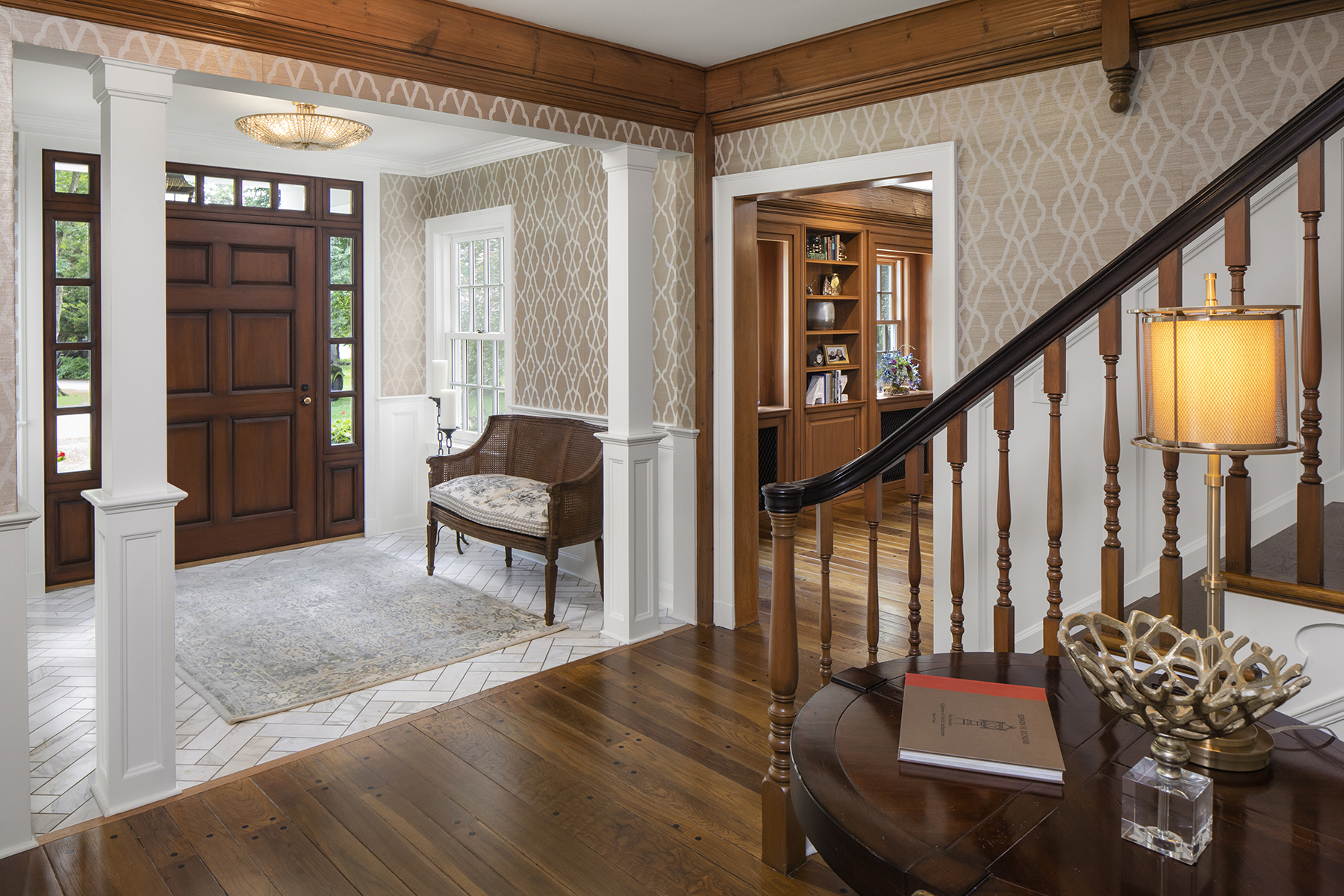 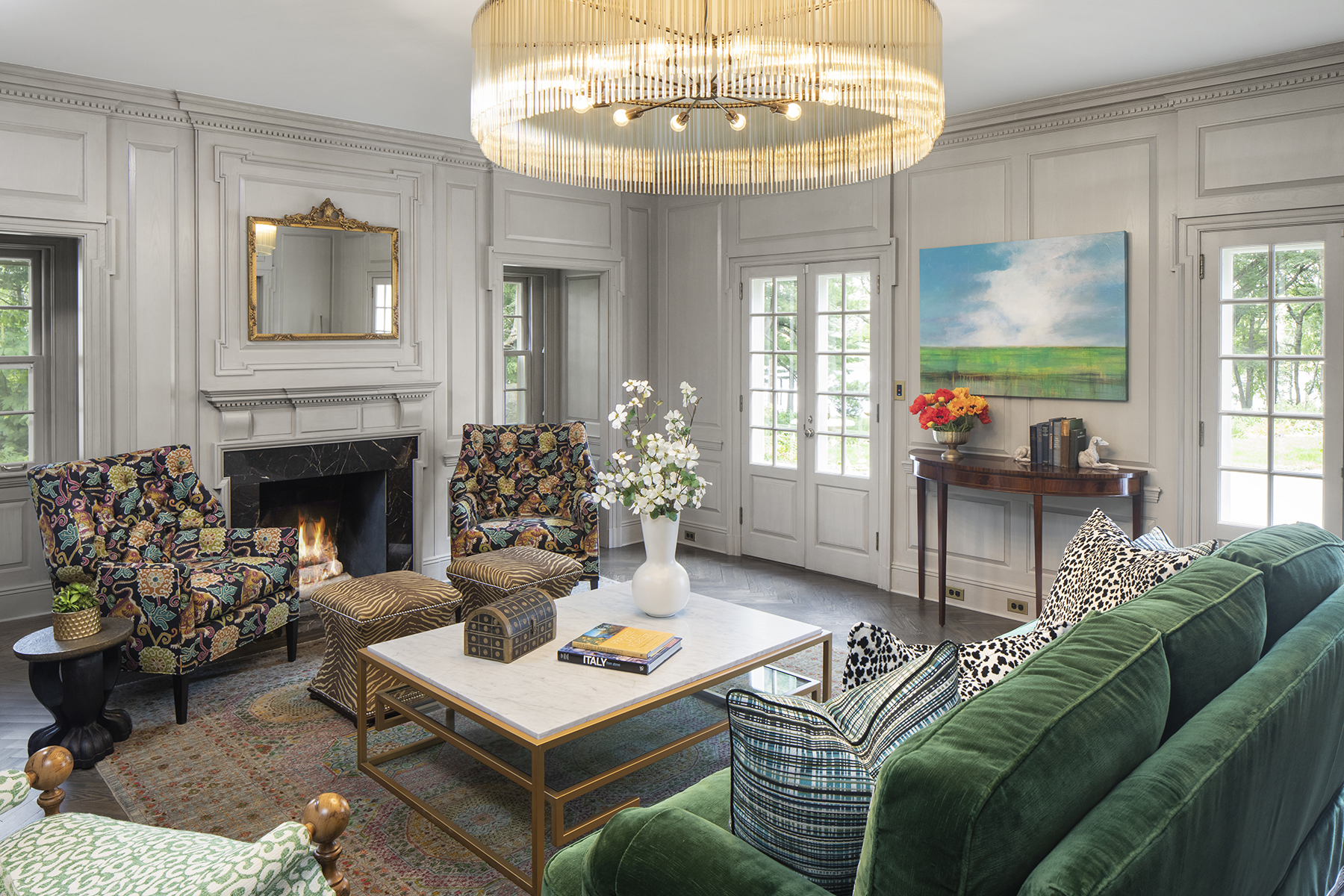 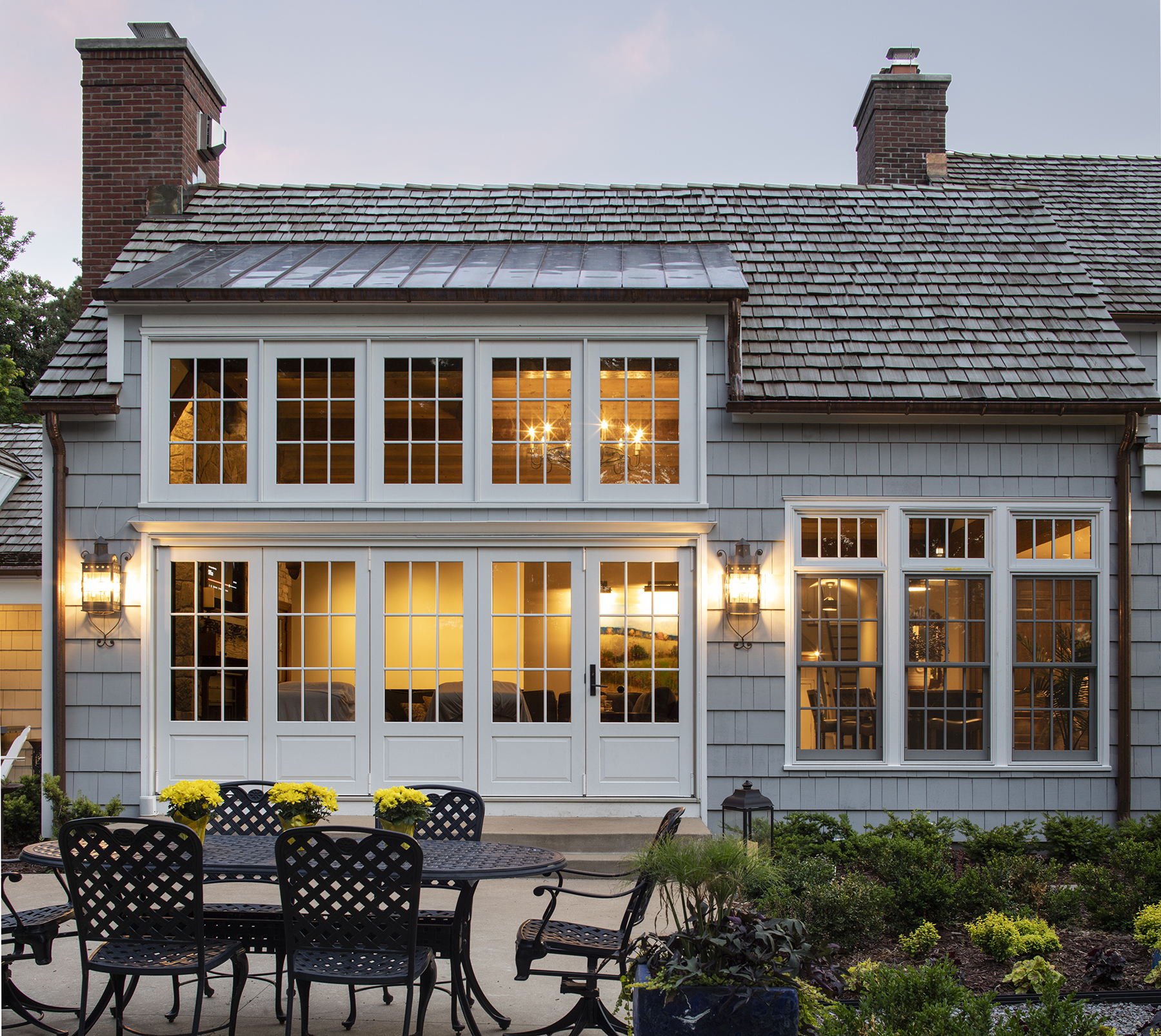 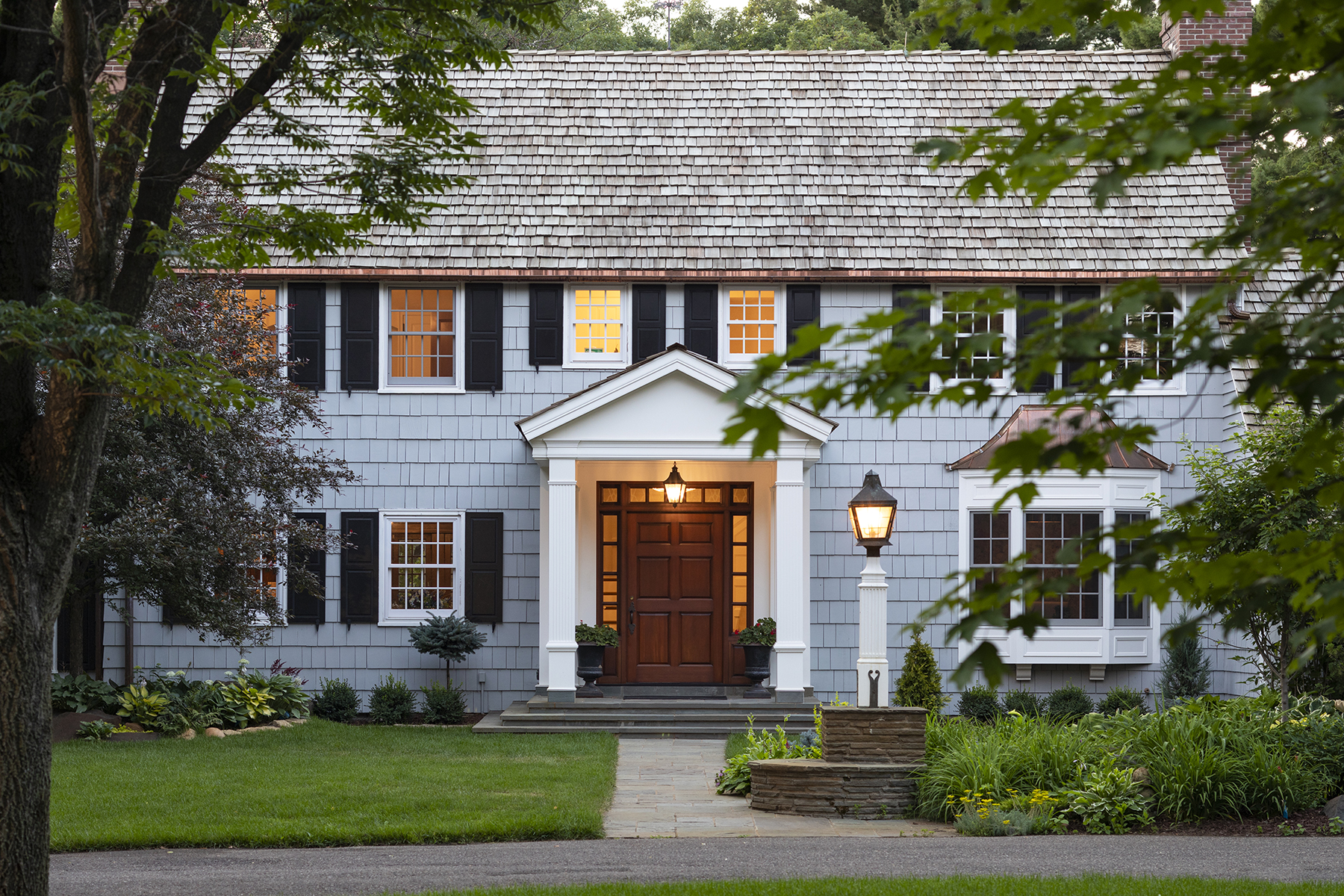 A Colonial Renovation. Originally designed and built in 1931 for a country doctor, architect Edwin Lundie’s career would span 5 decades designing homes for many affluent clients. One of his last projects was to return to the Salem Church Road home in 1967 to design a significant expansion for Mr. & Mrs. John Driscoll, great grandson of Fredrick Weyerhauser. One of the areas was a state-of-the art kitchen for its time, with rich wood detail to complement original details in the home, in a modern 1970’s design. Mr. Lundie died in 1972. There is no other property of this scale, that we know of, in which Mr. Lundie initially designed early in his career and was commissioned to expand at the very end of his life. The kitchen was transformed into an office, powder bath and large pantry. The original barrel vault was maintained and now appears in the hallway leading to the powder bath.

An Office with a View. An upper level space off the master suite was used by the previously owner for gun storage. The room was completely transformed by adding custom wood shelves, a fireplace, and an elaborate mantle to match the original details throughout the home. A custom built-in desk was made to match the cabinet details below dormered windows added to bring in natural light and views of Sunfish Lake, and existing custom finished hardware was repurposed in the new built-in cabinetry.

Custom Crafted Details. The elaborate Georgian dining room retained much of the original character, but in expanding the kitchen and great room the east side windows were blocked. A custom display cabinet was crafted to fit into the window space to match existing hutches in the room. A nearby sitting room has dual curved alcove entrances with elaborately detailed woodwork that was refurbished with a custom faux finish. The original herringbone patterned wood floor was updated with a rich, dark stain.